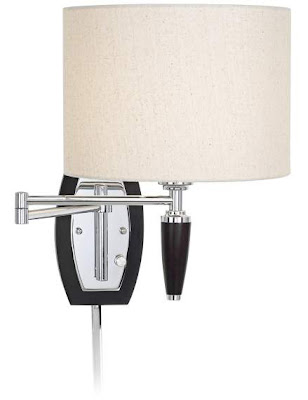 If you plan on installing the Possini Euro Chrome Espresso Plug-In Swing Arm Light (#69565), you might want to take a look at these tips to possibly save yourself some time and frustration.

I purchased two of these fixtures from Lamps Plus to light up my sectional sofa. They are from the Possini Euro Design Collection. Don't let the Italian name fool you -- like nearly everything else -- they're made in China.

Out of two purchased, I had to exchange one fixture because it appeared some chemical and spilled out of the interior on to the fascia espresso finish. There was also a dent in one of the shades having to do with how it was wrapped on the wire frame. Lamps Plus was 5-stars in assisting with these exchanges. I will definitely buy from them again.

TIP: Trace and cut out a pattern of the actual lamp and tape that to the wall for positioning first and also to mark your drill holes. I gave careful thought to the reading height, etc. so the two lamps are just where I need them. 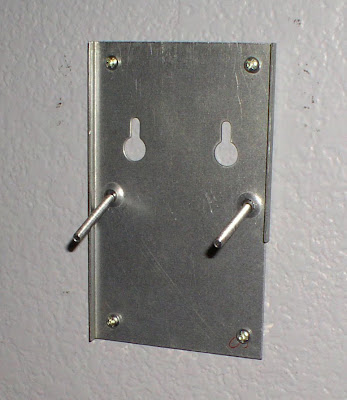 The real issue is with the hardware and poorly designed mounting plate. Those long screws that thread thru the back of the plate have nothing to prevent them from spinning. The result? After you drill FOUR HOLES in your wall and place anchors in and screw the plate onto the wall as the instructions advise, you thread the long screws through the 2 pre-drilled holes on the fixture. The "fun" begins when you think you are nearly done installing... when you go to tighten the Mounting Finial Screws on the face of the fixture. For me, they tightened to a degree by hand. Then I went to really secure it with a screwdriver. (It has screw driver indentations.) The finial screws just spin and spin. Why? Because that long screws are not ATTACHED BEHIND the mounting plate. It should have been a soldered bolt. Made in China... need I say more?

Here is the diagram of parts provided. Note mounting plate diagram in the upper right corner. 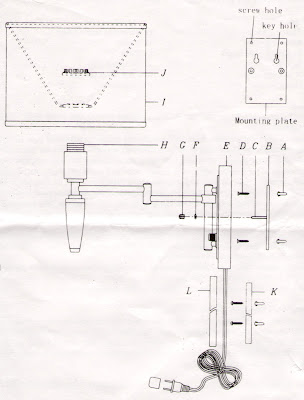 Here is what I did to fix the problem: After the first failed attempt to install, I took it to Lamps Plus to discuss this challenge I was having. One of their representatives put to nuts on each screw two keep them in place. I was skeptical and attempted to install again. No dice. The same problem Those nuts wiggled themselves loose behind the fixture, so I had to take it all down again.

TIP: Add external tooth washers on either side of the plate with a nut.
I went to Ace Hardware and purchased some external tooth lock washers to position on front AND back of the mounting plate on the long screws. I fastened with the same nuts I got from Lamps Plus (1 per screw). 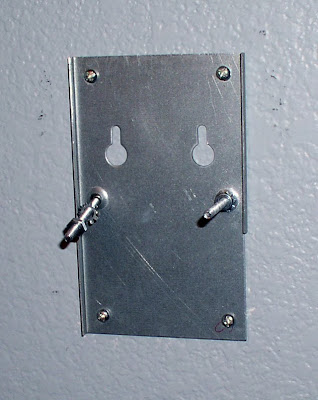 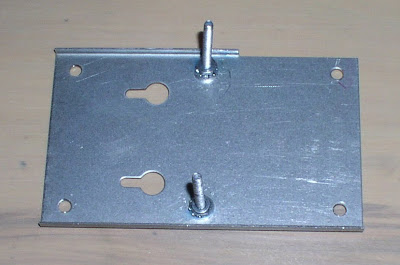 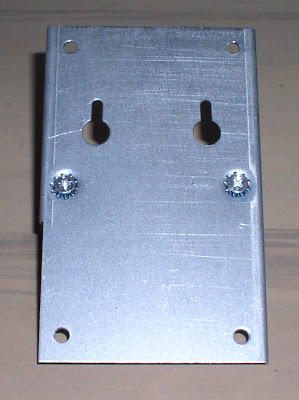 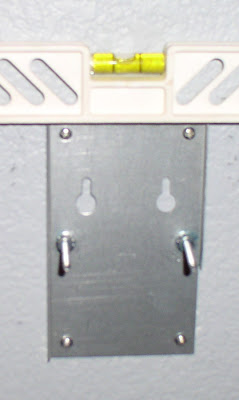 TIP: Threadlocker
This is magic Pixie Dust, as far as I am concerned. It solved this problem! A 6 mL tube of Permatex Medium Strength Threadlocker Blue. Best $8 I ever spent!
TIP: Be sure the screws are perpendicular to the mounting plate before applying Threadlocker.

TIP: After fastening the long screws, test the screw placement before mounting on the wall.

Once the Threadlocker is dry, place the mounting plate on a counter or flat surface and do a "dry run" testing to be sure you can thread in the screws into the fixture. how do I know this? Because my first run, the screw was angled and I could not thread it on. I had to loosen the screw and re-tighten it to be sure it was perpendicular. Once it was dry and secure and the dry run successful, it was time to install the mounting bracket to the wall for a third and -- fingers crossed -- final time.

TIP: Use a level for attaching the mounting plate and the actual light fixture. 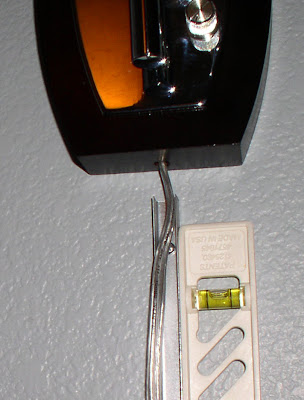 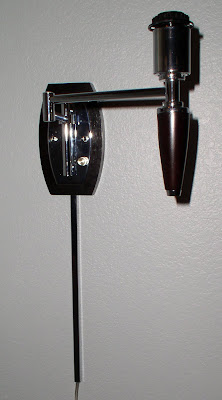 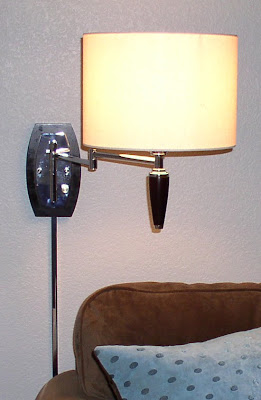